The idea for the King James 2000 version was conceived in the mind of the editor over 50 years ago. It is written especially for those who have memorized and want to preserve the tradition and beauty of the King James Version.

When the editor was a teenager and modern translations were just becoming popular, he often thought, “Why don’t they just update the KJV, so that those who have memorized from it will not ‘lose’ their long hours of work?” In the nearly fifty years since this thought surfaced, no one has ever accomplished this specific task.

The King James 2000 is not a new version. It is a King James Version brought forward 400 years. Several categories of words are brought up to 21st century language. Pronouns such as thy, thine, thou, ye, etc. are put into current language usage form. Verbal endings such as -eth, -est, -st, etc. are given equivalent forms of today’s language. Words so archaic as to be unknown, such as wist, wot, froward, etc. are rendered as their current synonyms. Some words considered entirely proper in 1611, but which may be considered “coarse” today, are changed to equivalent intentions (such as bowels to heart). The common Biblical beast of burden is rendered donkey.

The intent of King James 2000 is to keep every KJV word the same, unless a misunderstanding or a gross word order “error” (in today’s usage) must be averted. All punctuation is left the same, including omission of quotation marks, in order to keep the rhythm and pattern of KJV memorization intact. Even the interpolative KJV words (normally in italics) are kept the same if possible. No “corrections” or “textual considerations” are taken into account, since the King James 2000 intent is to preserve the KJV “as is,” except for truly necessary changes. Pronouns addressing Deity are not set apart by capitalization, but are kept just as found in the KJV, with lower case letters (neither is distinction made in the original languages).

The King James 2000 will provide a version which has been, to some extent, verbally composed already. Many pastors and other Bible readers have already exchanged show for shew, you for ye, and know for wot in their private and public readings. Some of these “corrections” have already appeared in the various KJV printings. The King James 2000 will make these common exchanges “official.”

A large percentage of English speaking people still prefer the KJV, whether because of their trust in its truthfulness or their enjoyment of its beauty of language. Many others, who use one of the many modern versions, still quote from that which was long ago “hid in their heart,” the KJV. To these saints of God the King James 2000 is presented, that they may hold to the old with confidence, yet move into the future without fear. The intent of the King James 2000 is to “look, sound, and feel” like the KJV.

The editor’s hope is that the KJ2000 may replace the KJV in Christian school curricula, relieving little children of the frustration of using and memorizing the scripture in a language , at times, almost unintelligible to them.

The completion of the King James 2000 has been a monumental, time-consuming effort, and only the absolute grace of God has provided the editor the health and strength and perseverance to accomplish this task.

As with editors of many versions of the past, the desire of this editor is that the KJ2K, as well as "everything we do," may honor and glorify the sovereign God of eternity.

An exciting, skillful accomplishment with minimum changes, preserving the King James Version tradition in a readable, understandable version for the 21st Century 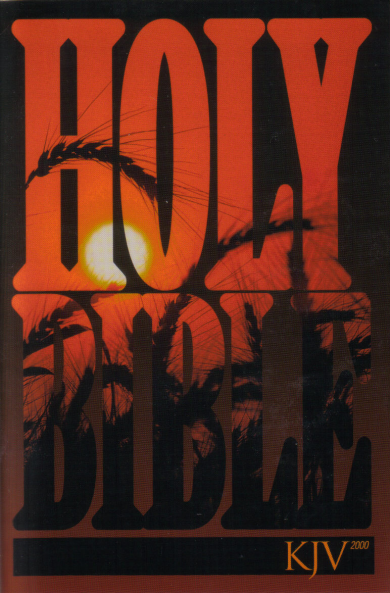